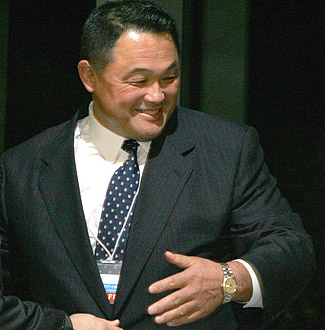 is a Japanese judoka. He currently works as an instructor or advisor for numerous organizations, including Tokai University, the International Judo Federation, and the [http://www.judo.or.jp/ All Japan Judo Federation]. He retired from competitive judo on June 17, 1985 after a remarkable career where he won five gold medals in international competitions and marked 203 consecutive victories (with 7 draws in-between) until his retirement. He received the Japanese National Prize of Honor on October 9, 1984. Provided by Wikipedia
Showing 1 - 1 of 1 for search: 'Yamashita, Yasuhiro', query time: 0.01s
Search Tools: Get RSS Feed — Email this Search — Save Search